Mapping the Discordant Blues, 2020, Digital prints on paper depicting modified top image results and accompanying headlines from a daily, three-month online image search for the word ‘Brexit’ between 01.11.2019 and 31.01.2020, 92 flags, each depicting one modified image from each of these dates, dimensions variable 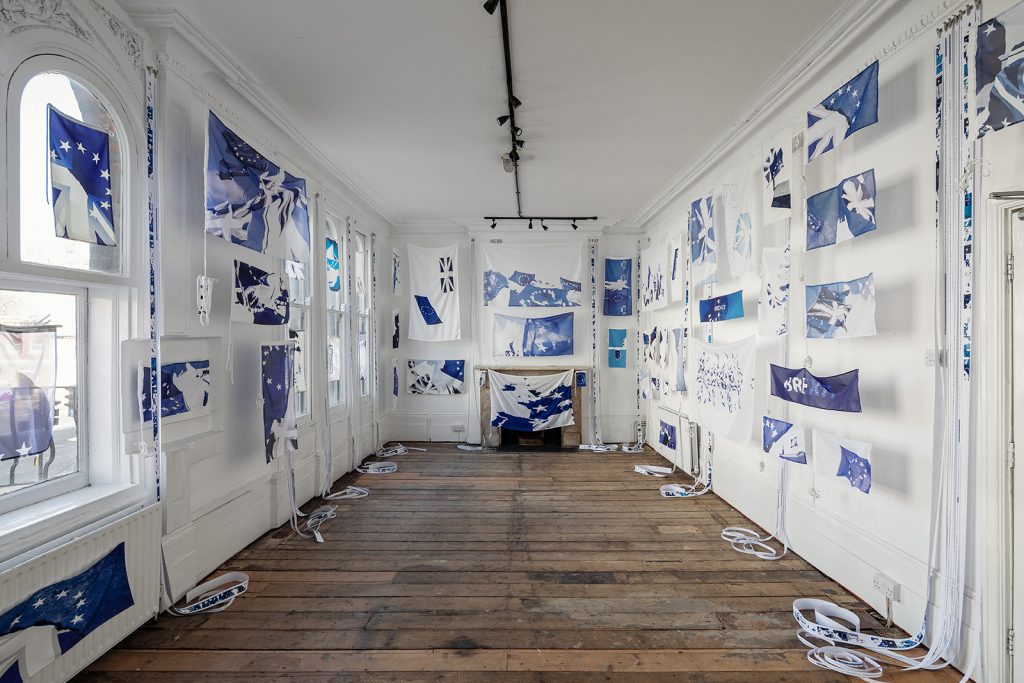 “Mapping the Discordant Blues is Paula Morison’s debut London solo show. The exhibition explores the UK in relation to politics and national identity, and consists of a new installation examining online coverage of Brexit, with a particular emphasis on the imagery used.

From 1st November 2019, the previous proposed day for the UK to leave the EU, the artist has been completing a daily online image search for the word “Brexit” and logging the results. Morison was interested in the similarity of these images due to the use of the colour blue in both the UK and EU flags, as well as how the political stance of the images can be somewhat ambiguous, especially when removed from the context of their corresponding article. Despite the opposing stances now associated with each flag, it seems blue is the colour that unites both sides of this political divide. In order to reference this, the artist has taken these daily found images and removed all the colours except the blues.

The installation consists of tickertape-style prints that show a complete daily record of these altered images and, on separate prints, corresponding headlines from each of the articles the images appeared in. Numerous flags in the space show one image from each daily search.

The flags in the gallery alongside the tickertape create an installation full of ambiguity. The work blurs the lines between protest and celebration and between the two politically charged blues of the flags. In a similar way to large parts of the debate on Brexit, the installation contains no real details on the matter. It is merely a collection of colours, symbols and slogans. Instead of focusing on the issues behind the debate it looks at the branding of these differing ideologies. In a country still hugely divided on the topic of Brexit, Morison has strived to sum up this divided nation and the media response to the issue in one room.

Ever since the EU referendum vote was announced there have been accusations of bias in the media from both sides of the debate. Discussions have taken place over the echo chambers that most of us live in and questions have been raised regarding the neutrality of online platforms and their algorithms. The method of image collection for this project references these debates. The artist’s daily search was always performed using Google, a search engine which remembers your history and displays what it calculates you are most likely to want to see. It was also always performed on the artist’s personal computer so Morison’s individual search history, and the continual daily searching itself, have both affected the search results and therefore the installation as a whole. In this exhibition Morison is displaying a pseudo-neutrality; no obvious personal political opinions are shown. However, through the collection method applied, her assumed personal preferences are still swaying the content of this work.” 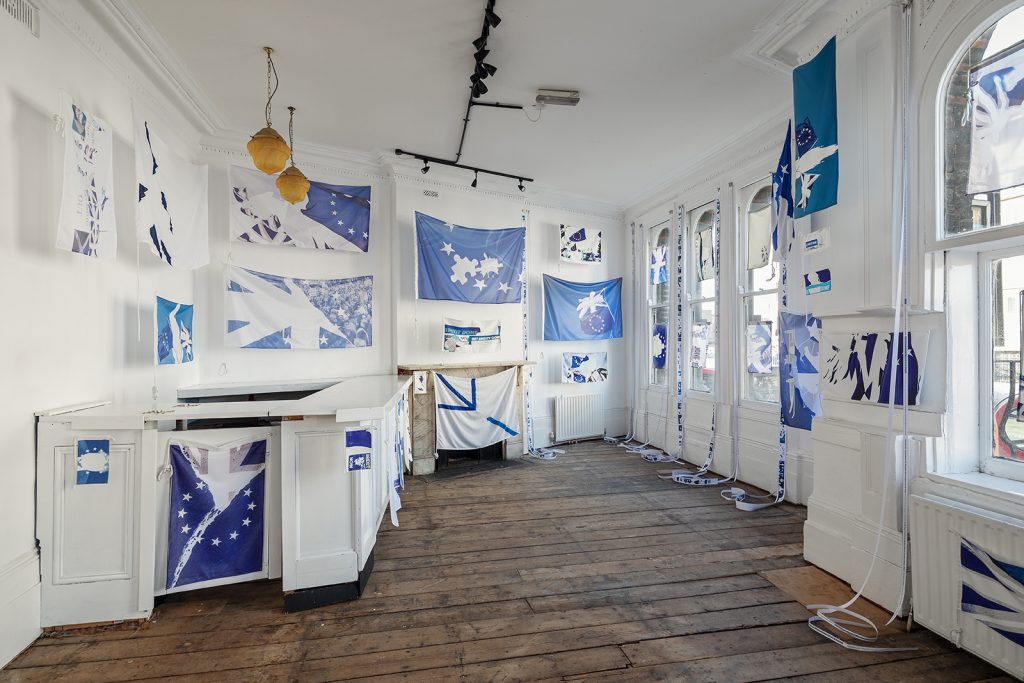 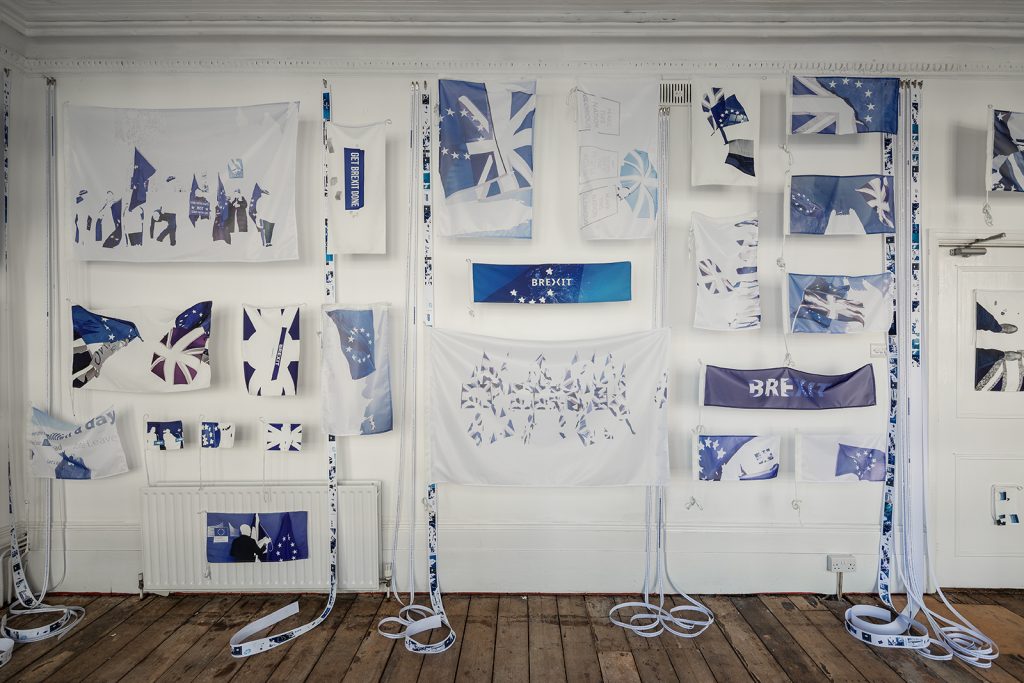 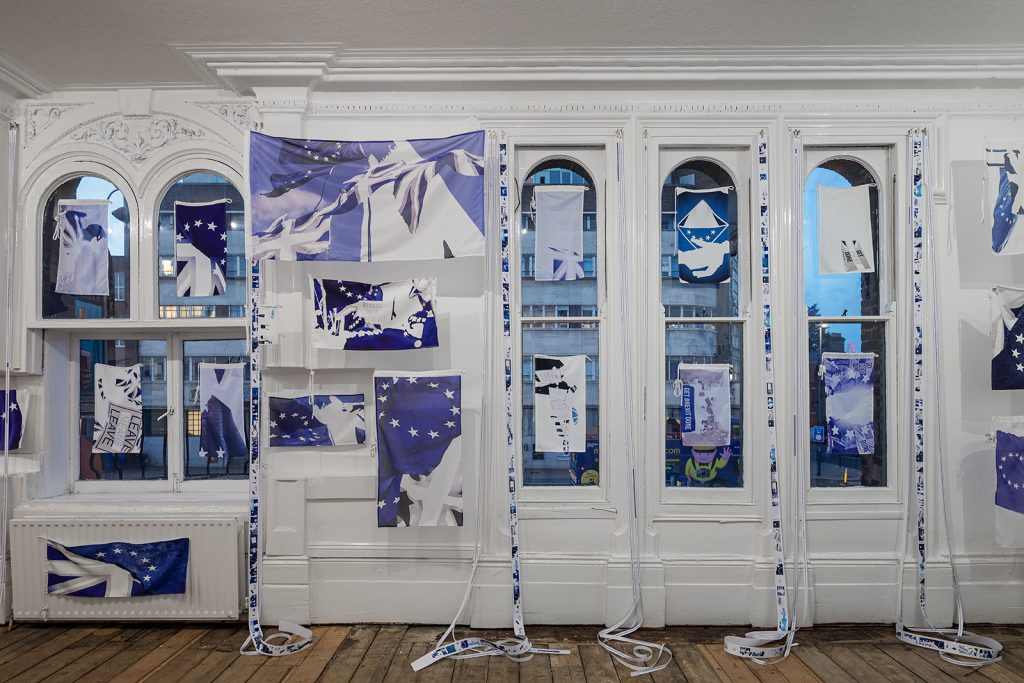