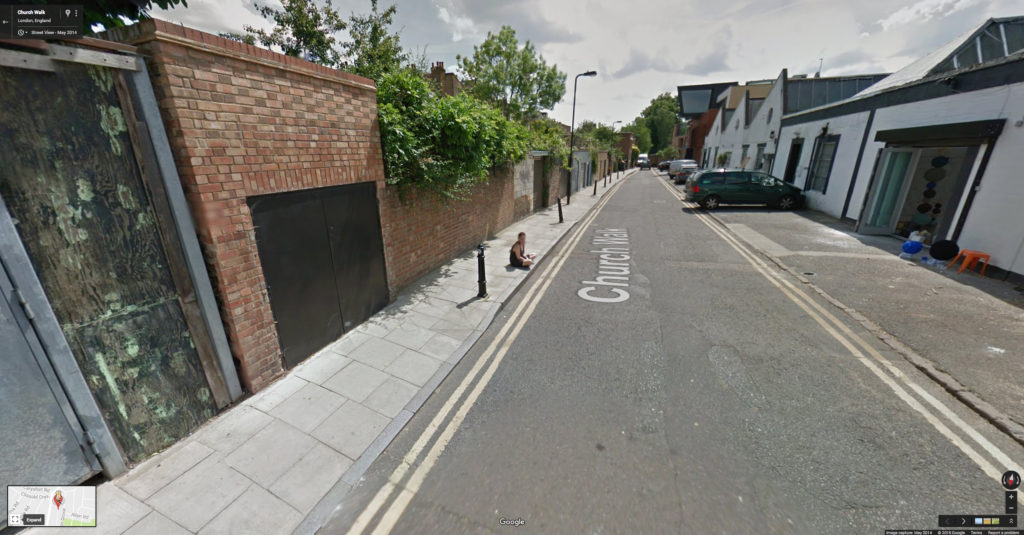 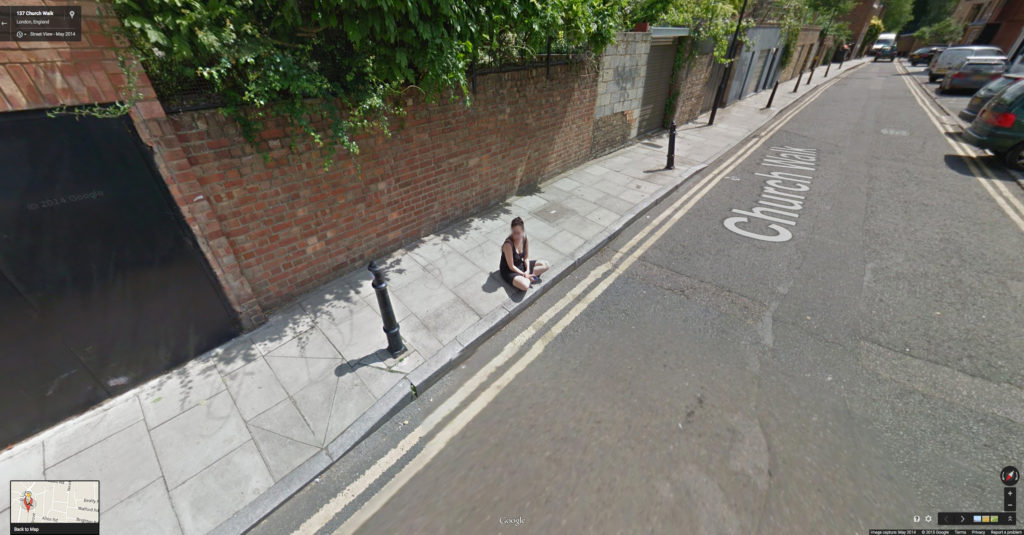 In May 2014, whilst sitting outside one day on my lunch break, I was photographed by the Google Street View car. My photograph now exists on Google Street View (albeit with my face blurred out) for as long as they choose to use it. I have decided to reclaim my image from Google Street View by copying and printing it as a self portrait. I wanted to claim this image of me, for me. 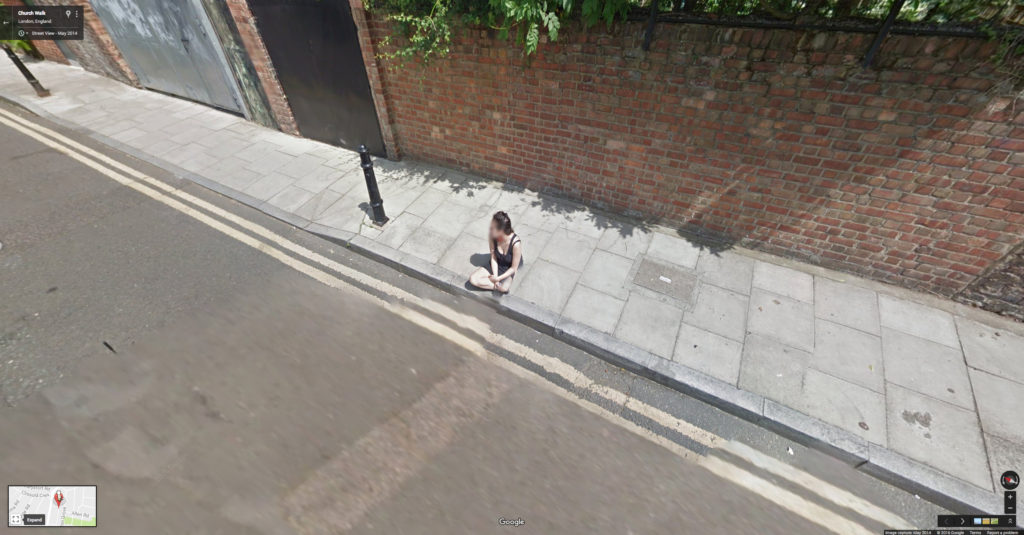 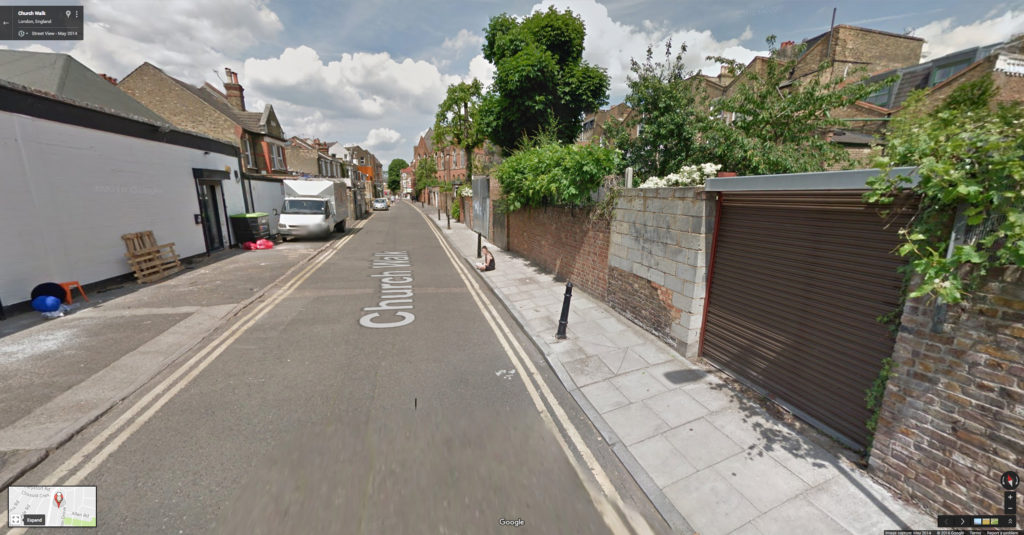 I decided to do this as I was interested in the collision between chance and intent in this gesture and I wanted to look at the different levels of control available to me at different stages in the production of this image. Intent is an interesting factor in the definition of a self portrait as opposed to a photograph or a selfie and I wanted to stretch and examine the boundaries of a self portrait that are traditionally applied. For example I know what the cars look like that take these photos and I saw this one coming down the street. Despite not knowing that this car was coming on this particular day, does my decision not to move and to sit in a certain way for the photograph to be taken constitute enough control for it to be defined as a self portrait? The reclamation, editing, cropping and printing were then of course very much purposeful acts.

I was also interested in the ownership of images and how legally a huge corporation can photograph me at any point and put my image online for anyone to access, however, even to me, the use of this image is restricted and some uses of it are illegal.

Lastly in this celebrity obsessed and selfie filled world I quite liked that someone unknown such as myself would have their image published, that it was noted that I was at a certain place at a certain time on a certain date; that my place in the world was recorded. I wanted to celebrate that.